In the state of Pennsylvania, both buying and selling drugs are criminal offenses. Aside from legal prescription use and sale, controlled dangerous substances (CDS) such as marijuana, cocaine, LSD, heroin, and prescription drugs are strictly prohibited from being possessed or sold. A charge for either of these drug crimes can carry a myriad of harsh penalties, exposing a person to the possibility of jail time and steep fines. If you have been arrested as either a buyer or seller of illicit drugs, it is imperative that you retain trusted legal representation to protect your future. 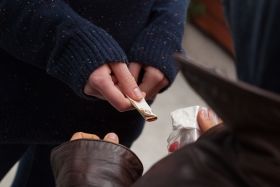 For simple possession, penalties will vary depending on the amount and type of drug that is found on a person at the time of their arrest. Having prior offenses can also cause penalties to scale in severity. Consequences can range anywhere from probation to years behind bars.

Penalties for drug possession can include:

A charge for simple possession of a small amount of marijuana can be up to 30 days in jail and fines up to $500 while being caught with several pounds of methamphetamine will bring a much harsher penalty. Generally speaking, however, possession charges carry less weight than a charge for distribution or trafficking.

Selling drugs, on the other hand, typically carries stricter penalties than possession. Again, these penalties will range in severity depending on the type of drug sold and the presence of prior convictions.

The unauthorized sale of illicit drugs can bring the following:

Fines can potentially exceed this amount in order to exhaust any profits that a person may have obtained from the illegal activity. Since many banned substances have such addictive qualities, charges for drug distribution are prosecuted with extreme tenacity and must be handled by an experienced drug crime lawyer.

Since the stakes are so high in these types of cases, it is imperative that you retain the services of a trusted attorney if you should ever face any sort of drug charge. At Rogan Law, our Scranton criminal defense lawyers have successfully defended countless clients against their criminal charges throughout our firm’s lengthy existence. With more than two decades of experience, we can provide a custom-tailored defense that can maximize your chances of securing a desirable outcome.

To get started towards retaining the defense you need, contact our office online today!